FAR Resources is committed to locate overlooked opportunities within historic high-grade mining camps in North America and unlock their potential with our experienced management team who are continually seeking such opportunities in stable mining jurisdictions with established infrastructure.

Far Resources' Winston Group of Properties is a Gold and Silver Project on a newly expanded 2980-acre drill-ready property located in the Black Range of New Mexico. It's home to three historic mines, Ivanhoe, Emporia, and Little Granite. Each mine produced high-grade gold and silver during full-time operations over a century ago, underscored by Little Granite producing high value ore in some of its underground shoots. FAR Resources plans to advance our currently held assets in these burgeoning precious metals through computerization, modeling of historic exploration data, new exploration, and application of modern geophysical techniques. 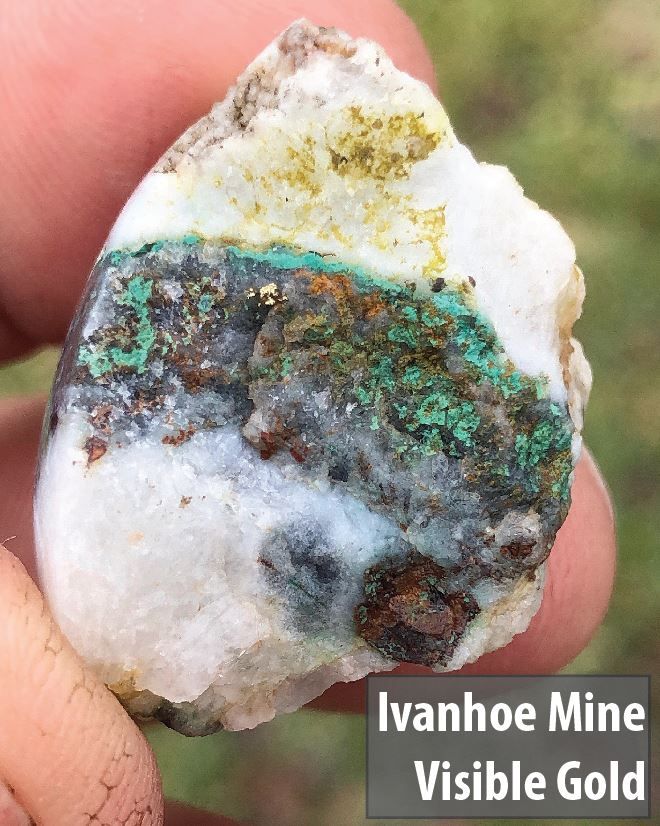 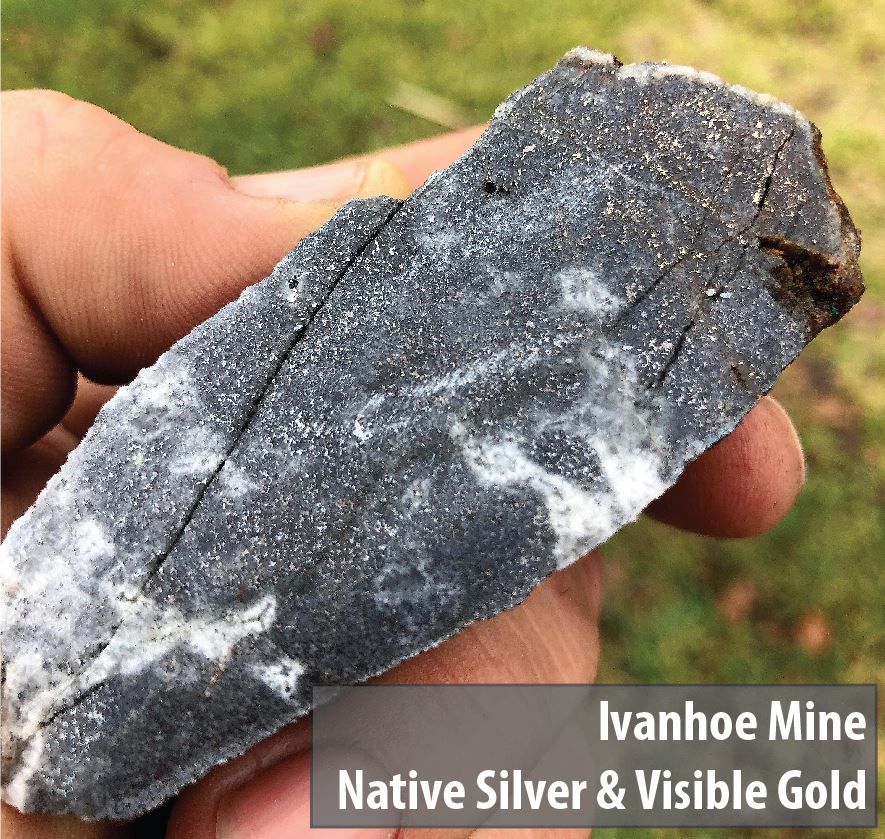 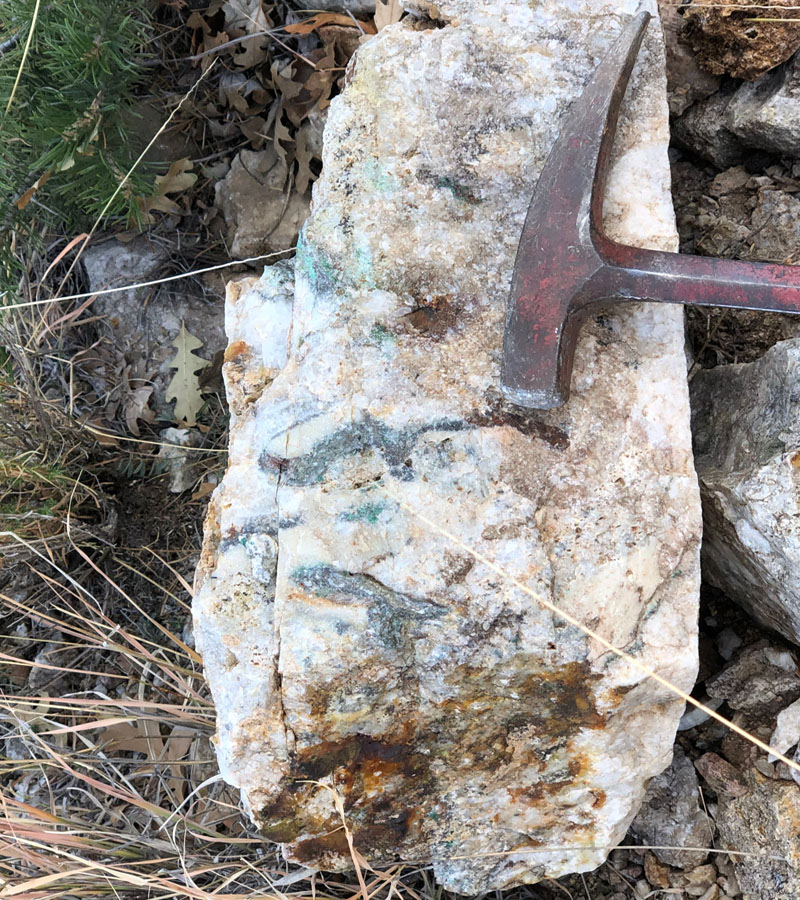 Dr. Michael Feinstein, CPG, QP, visited the Winston Project area three times between October and December of 2020. He conducted confirmatory sampling of the known historic mines, as well as prospecting away from the known occurrences. All samples were collected under the direct supervision of Dr. Michael Feinstein, and securely transported to the Tuscon laboratory of the ALS Global for analysis. His sampling confirmed the occurrence of high grade material at all three of the historic mines, but also in some locations away from these areas. These were deemed a great success and produced many high-grade samples including g 41.5 g/t Gold and 4610 g/t Silver on newly staked claims, which before no modern exploration efforts have systemically assessed the northern portion of the Chloride District.

The style of gold-silver mineralisation in the region is known as epithermal, with the precious metal mineralisation being hosted by quartz and carbonate veins in altered volcanic rocks. This style on mineralisation is known world-wide and hosts some of the highest grade gold-silver mines, such as Hishikari in Japan, Fruta del Norte in Ecuador and Midas in Nevada. Locally, the mineralised veins are generally associated with north-south trending faulting. The overall controlling geological feature is known as the Rio Grande Rift, and extends into northern Mexico where it hosts to several past and present silver mines. The samples were released in February 2021. Reference table and samples below: 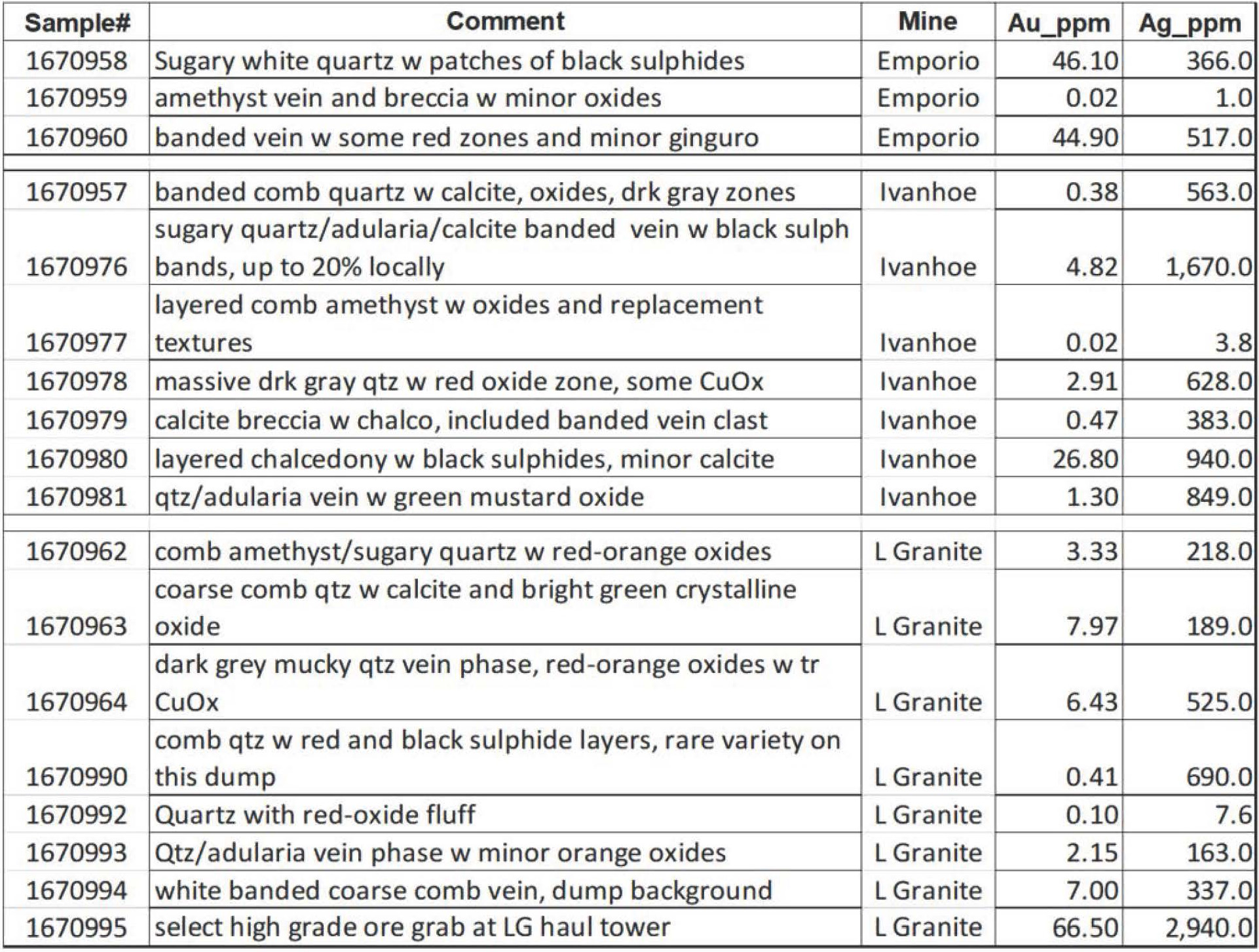 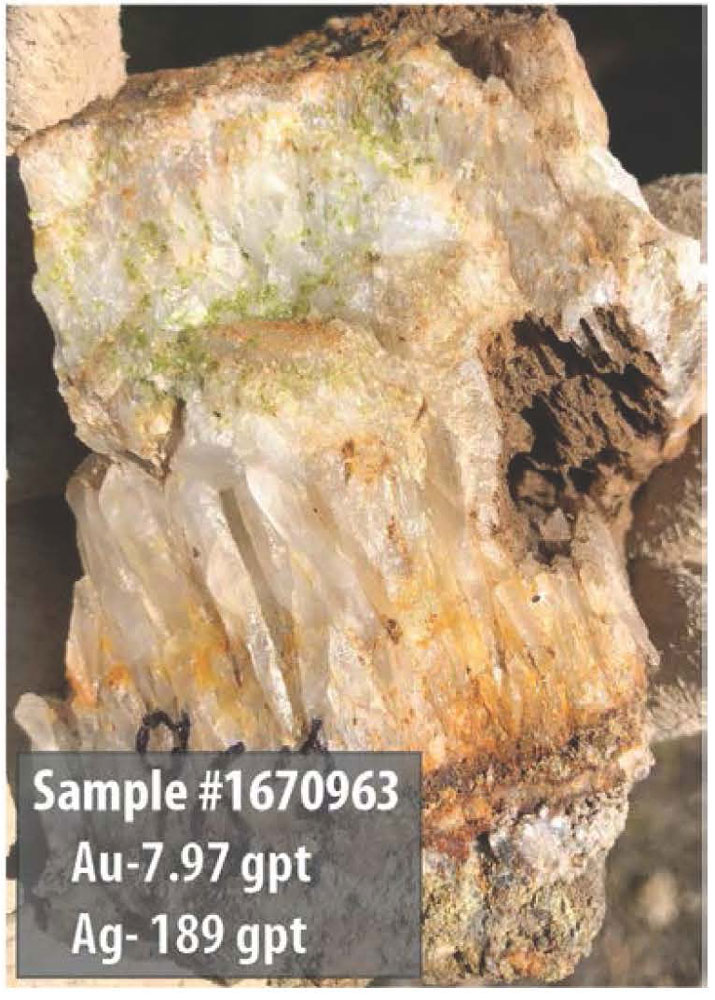 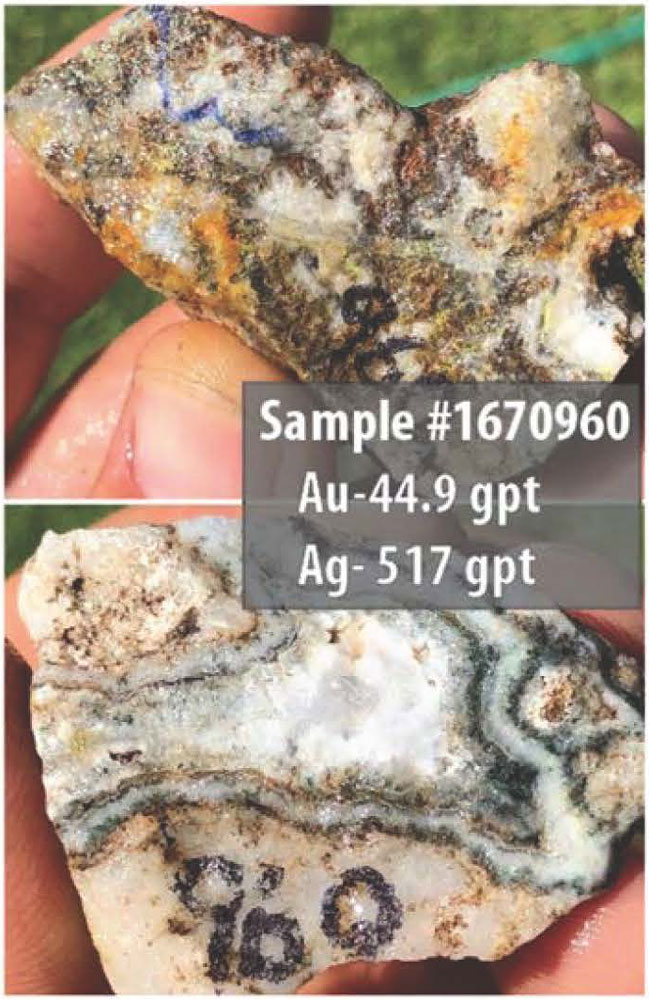 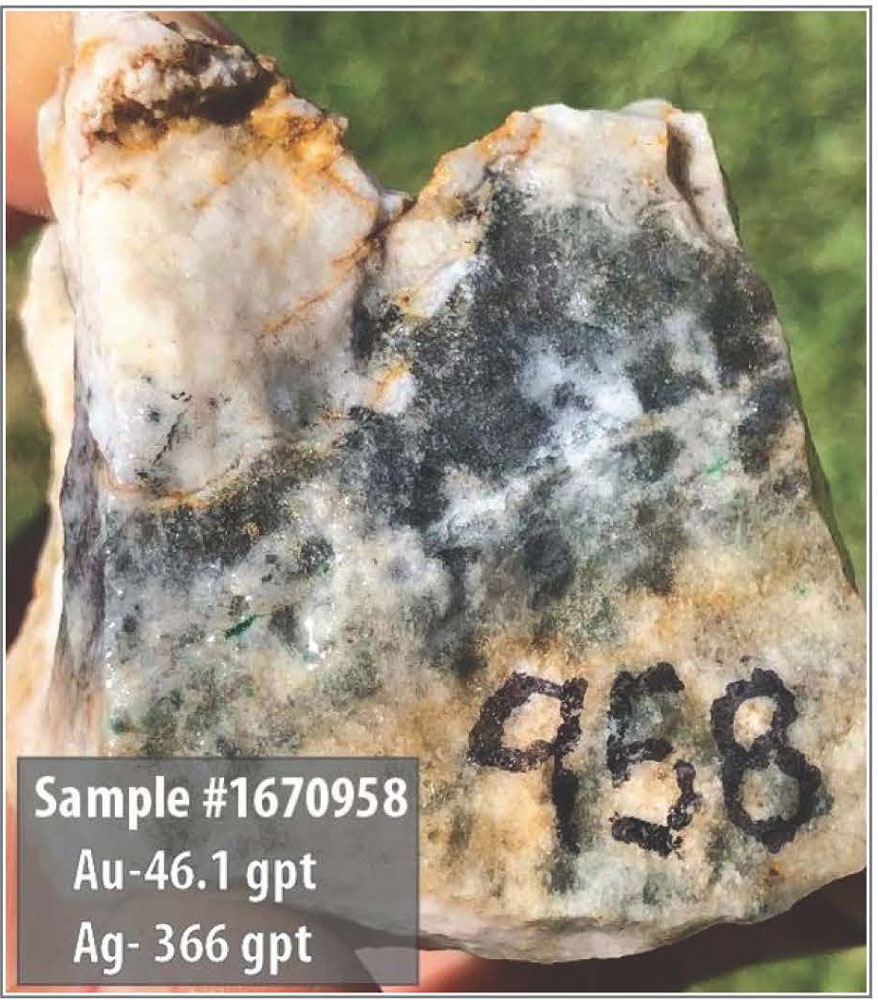 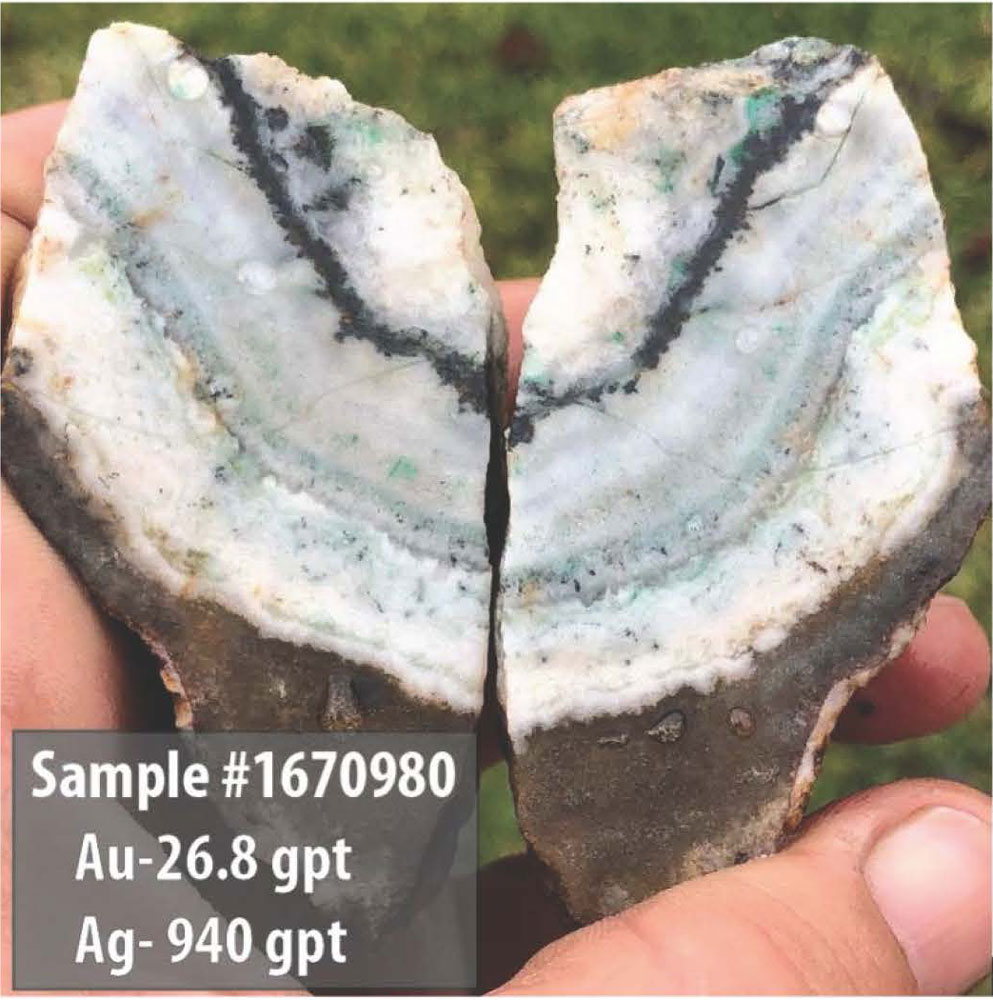 The ultimate goal of the 2021 program is drill testing of multiple pargets on the property. The initial focus will likely be on the patented claims covering the historic Ivanhoe and Emporia minesites.

Preparatory work includes data compilation both of historic and recent work, along with acquisition of high resolution LiDAR satellite imagery to allow construction of an accurate terrane model. This will likely be followed by geophysical surveying using both electrical and magnetic methods. The results of these surveys, when combined with field geological observations will guide location of the initial drill targets. 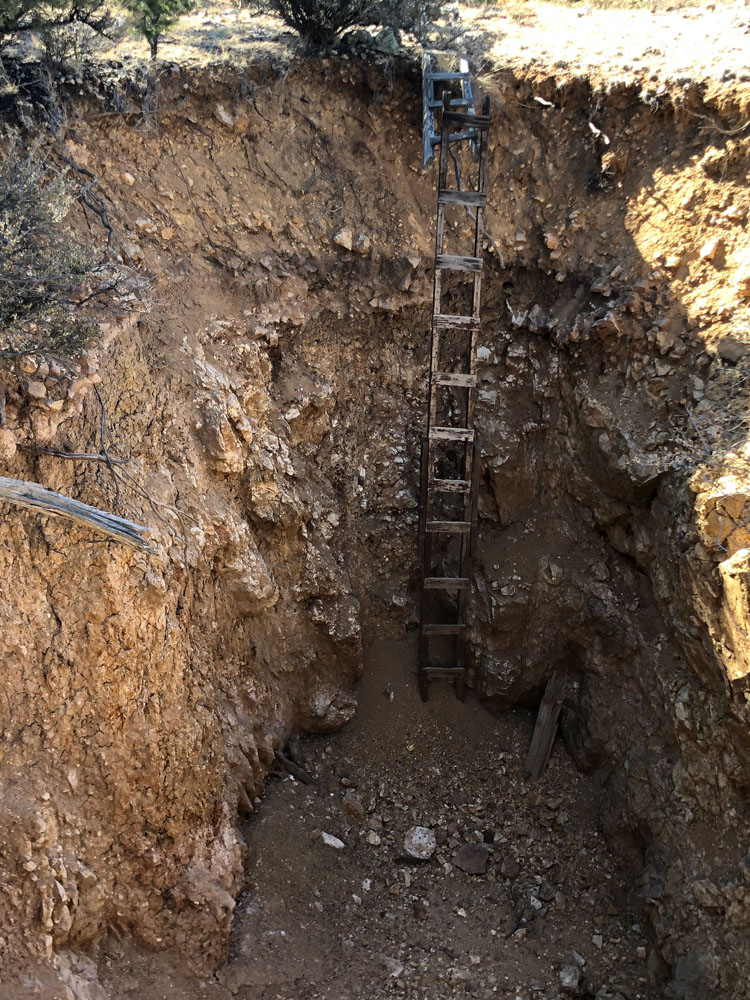 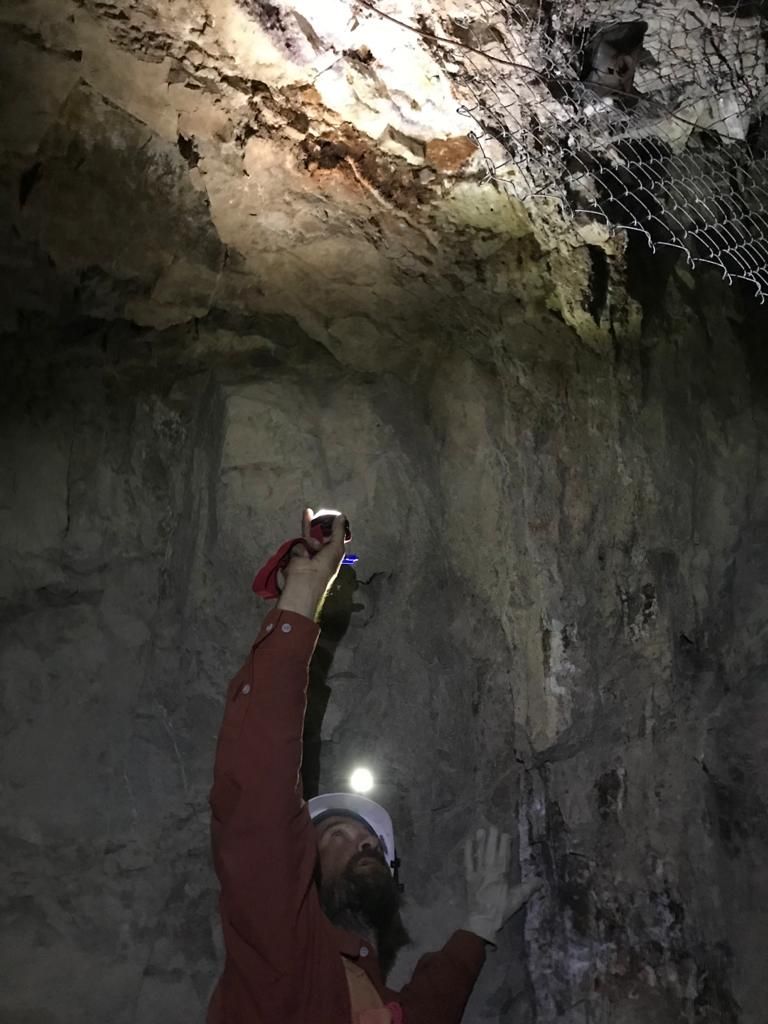 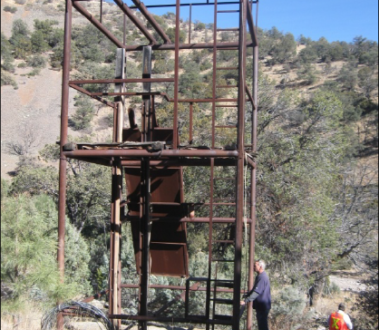 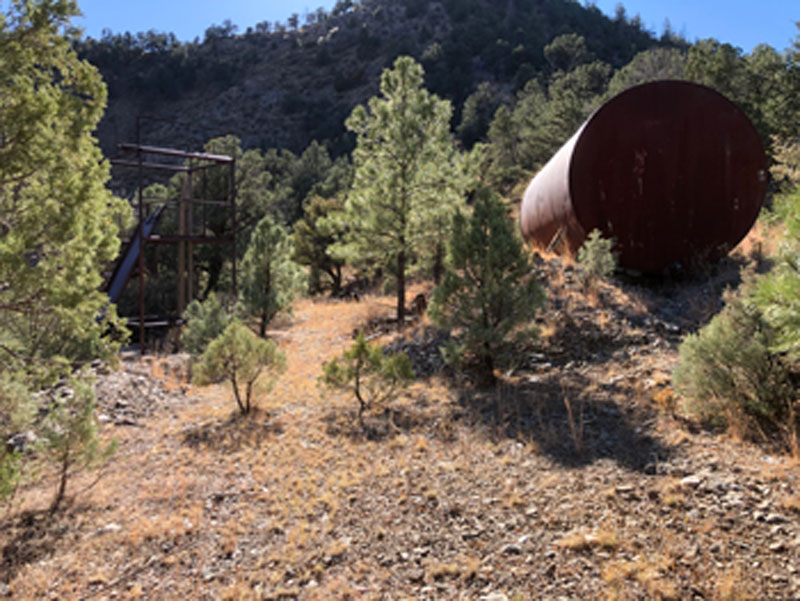 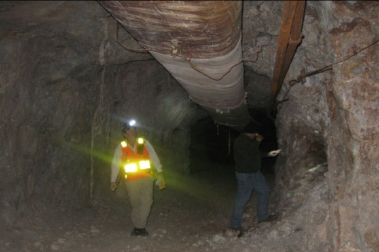 Geological Setting of The Winston Project

The Winston Project, situated in the historic Black Range Mining District of southwestern New Mexico, covers 108 square kilometers of the northern portion of the Chloride District. High grade deposits of silver and gold were discovered in 1880 and the area was a major producer until the 1893 crash in the silver price. Little production or modern exploration has occurred since.

The mineralization is of the well-documented epithermal type, common throughout the Cordillera of North and South America and elsewhere around the Pacific Rim of Fire. There is a close association with volcanic host rocks formed at the same time as the mineralization. Individual mines and prospects generally show strong controlling geological structures, typically north-south high angle faulting associated with the Rio Grande Rift which extends for over 1200 kilometers from northern Mexico to central Colorado. On the Winston property, the main structure is the 25km long Paymaster Fault which is readily traced both on the ground using satellite and LiDAR imagery.

Alteration minerals associated with the precious metal mineralization at Winston have yielded radiometric age dates of around 26.5 million years. This coincides with a major volcanic event in the region and broadly correlates with the age of mineralization at the historic Creede Mining District in Southwestern Colorado, which has recorded production of over 84 million ounces of silver, worth in excess of $2 billion dollars US at current prices. Hecla Mining Corp., the premier US silver producer, is undertaking a major evaluation of mines in The Creede District which may lead to the area having a new lease of life.

On May 11, 2021, Far Resources announced that preparations for an initial drill program targeting the Ivanhoe-Emporia patented claims are underway. Dr. Michael Feinstein, CPG, is overseeing this work which in addition to ground geological mapping and surveying has utilized high resolution LiDAR satellite imagery (laser-generated infrared light beams) to construct a detailed digital model of the area which shall aid to precisely target the optimal location and depths for the initial drill program. 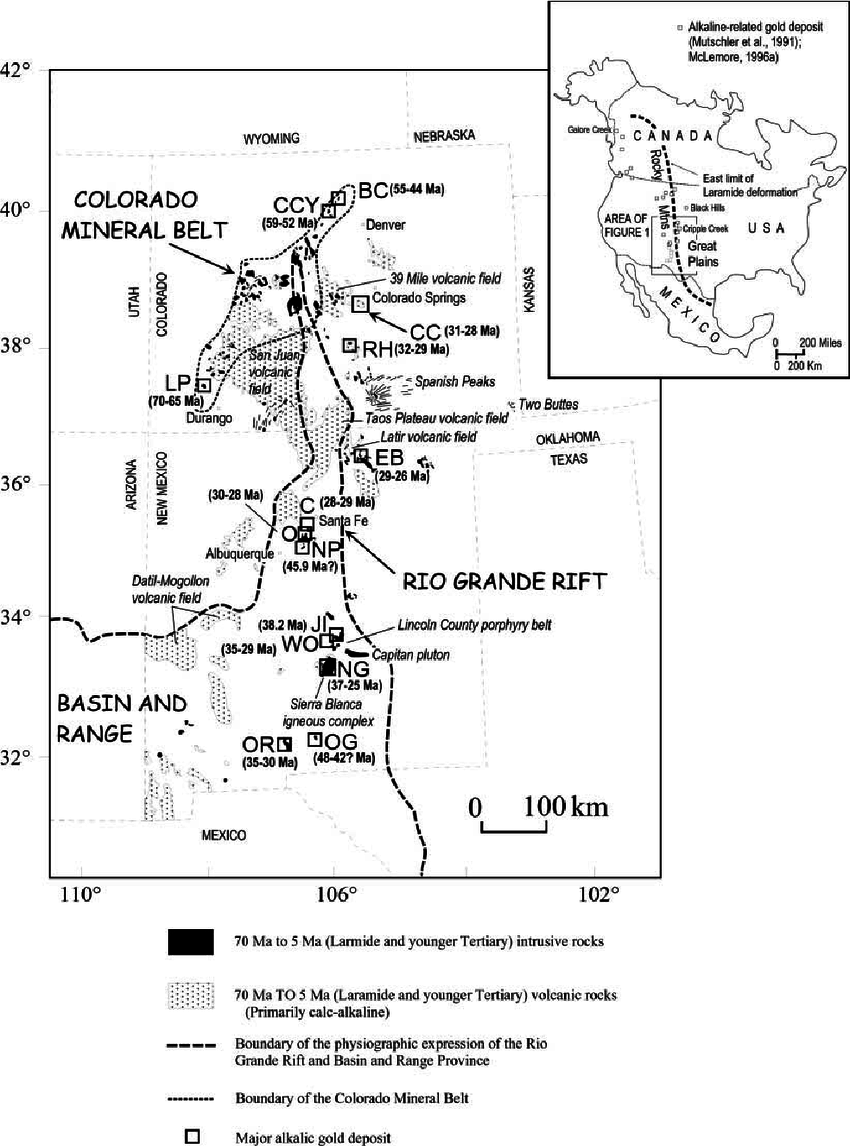 The Little Granite Mine is a past-producing high grade silver-gold mine hosted in Tertiary volcanics. It features a low sulphidation epithermal quartz vein – similar to Midas in Nevada and Fruta del Norte in Ecuador. The main vein has been traced for over 200 metres by past drilling and underground workings, and remains open along strike to both the north and south, and at depth. Historically reported high grade values confirmed in limited resampling by Far Resources in late 2013. Historic reports suggest vein widens to approx 3m (10ft) at depth.

The Ivanhoe – Emporia is a past producing gold-silver mine. It’s main shaft to 384 feet depth with a 370ft decline. Potential for large tonnage of lower grade, stockwork veins surrounding high grade veins mined the past. Soil geochemistry and geophysical anomalies defined for follow-up when funds available.

In 1984, Anglo Asian Minerals, a private US company, carried out a seven hole diamond drilling program to test the Little Granite vein over a strike length of approximately 120 metres. The results of this program are contained in a report authored by Christopher de Witt (the de Witt report). This program and the de Witt report were prepared prior to the implementation of NI 43-101. The work was not carried out under the supervision of a Qualified Person. The assaying, sampling, and QA/QC protocols are unknown, and therefore cannot be relied upon. These results are presented as historical information only.

In late 2013, the Company conducted a site visit to the Winston Project, including the Little Granite Mine area. Three composite samples were collected from piles of quartz dump material near the mouth of the decline reportedly excavated in the early 1980s.Two of these samples, representative of the main style of quartz present, returned values of 179 g/t Ag and 2.9 g/t Au and 170 g/t Ag and 6.7 g/t Au respectively. This material shows classic boiling textures and is thought to represent material from the upper part of a well-developed epithermal system. A third composite sample of fine grained grey “cherty” quartz material found on one of the dumps returned values of 1,439 g/t Ag and 25.2 g/t Au. The latter result supports historic reports of “bonanza-grade” shoots being present within the main vein system mined.

Two further samples of quartz vein material exposed in the walls of a collapsed stope immediately north of the main shaft returned values of 226 g/t Ag and 2.2 g/t Au and 24 g/t Ag and 0.3 g/t Au. Both of these samples may have been subject to surface leaching effects.

All of the above samples were collected by Lindsay Bottomer, P.Geo., who transported and delivered them to Acme Analytical Laboratories in Vancouver, where they were analysed by fire assay methods. Mr. Bottomer, P.Geo., is a Qualified Person as defined in National Instrument 43-101 of the Canadian Securities Administrators, and has approved the technical with respect to Little Granite.