The historic mines are hosted by north-south orientated vein systems which display characteristics typical of low sulphidation epithermal style mineralisation. This style of mineralisation hosts some of the highest grade precious metal mines worldwide, including Sleeper (Nevada), Creede (Colorado), Fruta del Norte (Ecuador) and Hishikari (Japan). The mineralisation in the Winston area is believed to be Tertiary in age and related to the Rio Grande Rift. The Black Range District was mined extensively in the 1880s but has seen little activity since.

The company has recently expanded its land position in the area, which now covers 149 claims totalling approx. 2980 acres. Further prospecting is currently underway focused on vein extensions to the north, and initial drill testing of selected targets is planned for summer, subject to permitting and Covid requirements.

Detailed sample results are listed below. The samples were obtained as part of the initial geological evaluation of the property, during which mine environs, workings and dumps were walked and inspected to collect representative samples of the different styles of mineralisation. High grade mineralisation was confirmed at the Little Granite, Ivanhoe and Emporio minesites.

These samples were collected by Dr. Michael Feinstein of Mineoro Explorations during the course of three visits to the project between October and December.  Numerous samples were collected throughout the project area, and historic minesites were visited several times. Multiple, overlapping phases of alteration and mineralisation are evident throughout.  The ore characterization samples were collected in an attempt to better understand which phases are of greatest economic interest.  The results confirm that earlier reports of high grade silver and gold values from historic workings have legitimacy, and justify a major exploration program using modern methods to define the nature and size of mineralisation. 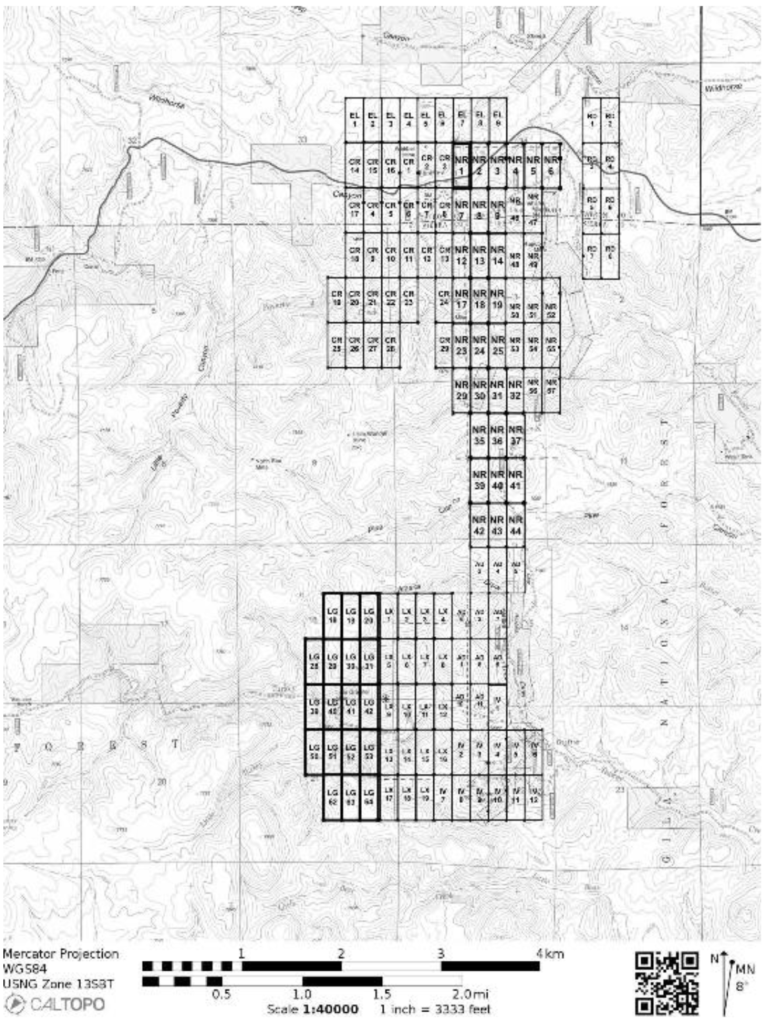 Current plans for follow-up work include additional geochemical sampling, geological mapping, and claim staking.  The acquisition of detailed imagery and surface terrane models are being investigated as a precursor to project and target scale geophysical surveys.

All samples were collected by Mineoro Explorations and securely maintained through to submission to the ALS Minerals laboratory in Tuscon, an ISO-3000 certified laboratory. Samples were analysed by Fire Assay and ICP-MS. Internal laboratory QA/QC protocols were followed and 5% external standards are submitted with all sample batches.

John Gammack, CEO and President of FAR Resource is more than pleased to report these findings,  “To say that I’m over the moon Is an understatement! Additionally we will be providing further wide spread sampling results in future news releases in the weeks to come.”

The technical content of this news release has been reviewed by Dr. Michael Feinstein, CPG, who is a Qualified Person as defined by NI 43-101.

FAR Resources is a gold and silver exploration company focused in New Mexico USA. The Company owns the Winston Project there, a historic mining property with the potential for Bonanza-grade silver and gold. The property is steeped in history and historic samples, full data tables available at www.farresources.com/investors/. Far Resources also has its ZORO Lithium Project, in CANADA, located in the mining -friendly Snow Lake region of Manitoba and containing numerous known lithium deposits. The Company also holds a 60% stake in the Hidden Lake Lithium Project in the Northwest Territories.